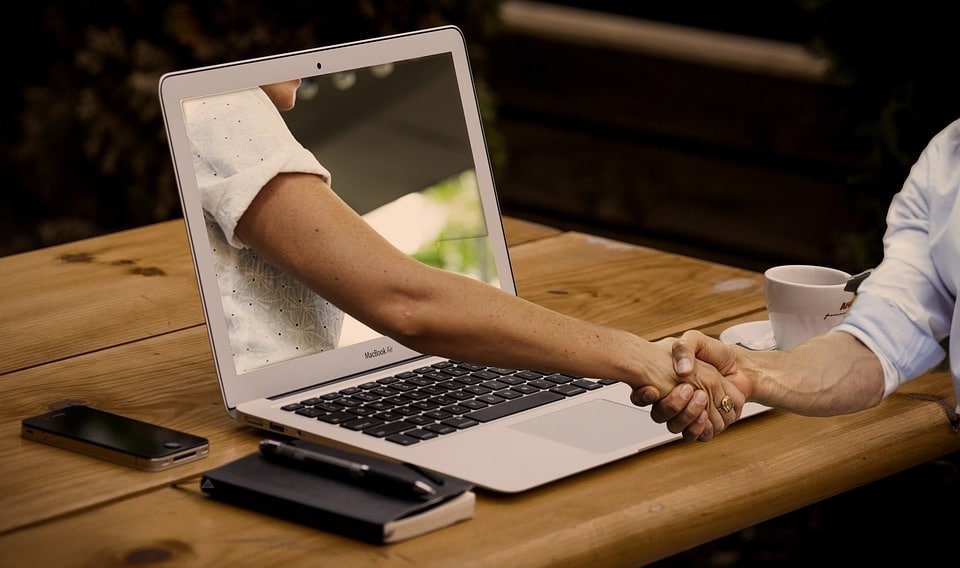 The conventional wisdom of office managers is that the highest performing teams contain between five to seven members. With each additional body, the theory goes, a team either gets diminishing returns or suffers a decline in productivity. The reason is a phenomenon called “social loafing,” a tendency among members of large groups to work less hard when they feel their idleness won’t be noticed.

NovoEd’s online platform is built around team formation, so we’ve long been interested in what dynamics contribute most to team performance (e.g. traits of team members during team formation). In this article, the size question is fundamental: “Are online teams influenced by the same size constraints as real-world teams?” If not, at what point does an online team become too large for its own good?

The numbers tell a compelling story.

We pulled data from 648 teams from 15 courses offered on our platform, on subjects as broadly diverse as leadership development, technology entrepreneurship, and design thinking. We only included teams with three or more members that met a minimum level of activity, and assessed teams based on activity level (average number of team messages/chats per team member) and activity (average percentage of the team inactive). 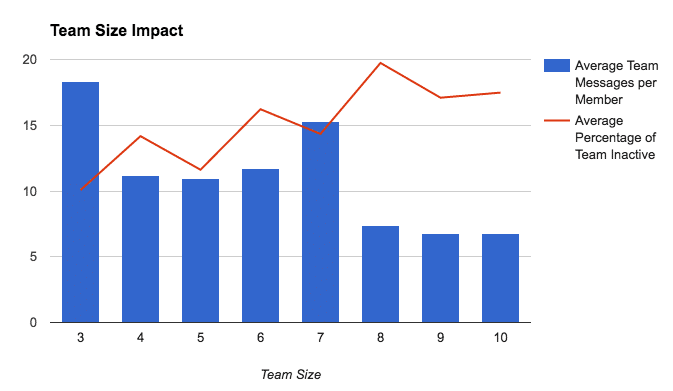 The data of team messages demonstrate that teams of 3 and 7 tend to be the most active on average, whereas there is a significant dropoff of average activity in teams larger than 7 individuals. Additionally, the average percentage of the team that is inactive increases the larger the team becomes. Considering both of these factors, we find that teams ranging between 3-7 tend to be fairly successful, but teams larger than 7 struggle with too many team members.

What this tells us is that online teams face broadly similar constraints to their real-world counterparts. We can conclude that the effects of social loafing are indeed just as pernicious in the virtual realm. NovoEd users who want to optimize their team performance should take into account that you can have too much of a good thing.