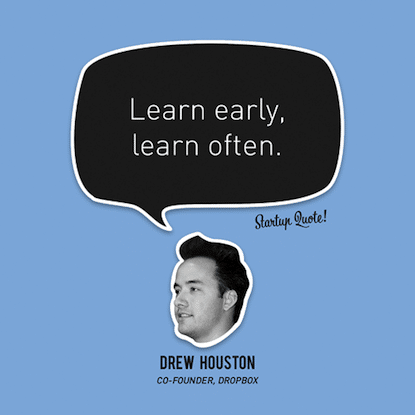 CEO’s of large companies usually have years of professional experience before they lead a company. They often spend years being groomed and educated before they take the reins. They spend their time working in different departments of major corporations, and receive coaching and advice as they work their way up to the top spot.

Startup CEO’s don’t do any of these things. Most startup CEO’s are startup founders, and most people found a startup because they make a new technological discovery, identify an underserved need, have a great vision, or some combination of the three. Google, for instance, was started by two PhD students who discovered a new way to search and rank web pages. Snapchat was started in an undergraduate dorm room after someone shared his regret over a texted photo. People who found startups generally don’t even work for established companies, much less prepare to lead them.

This was the position I found myself in when I founded NovoEd. As a computer scientist studying social networks and a professor at Stanford, I was inspired by the vision of enabling social learning at scale. The idea of making a connected educational experience available to people all over the world energized me like nothing had before. I am deeply grateful for the chance I have had to be able to make this vision a reality with NovoEd.

But I had no training in running or leading a company. When NovoEd began as a research project at Stanford, I was fortunate to have been able to assemble a good small team early on. As we became an independent company and began to grow in earnest, I quickly discovered there’s so much more to running a company than assembling a great team. Managing employees, pitching to investors, communicating NovoEd’s vision, and charting a growth curve are all necessary to my job, but I didn’t have much professional experience to draw from in order to get them done.

I needed to get up to speed and I needed to do it quickly. I started reading everything I could find about the challenges of running and growing a start-up. An angel investor recommended Matt Blumberg’s book, Startup CEO, and once I started reading, I couldn’t put it down. Matt’s thoughtful introspection, the depth of his experience and his honesty about the successes and failures of his business were incredibly useful and inspiring. I was thrilled when he agreed to offer a course based on the book on NovoEd, and I couldn’t wait to sign up.

I’m looking forward to learning even more from Matt in Startup CEO, and connecting with the other students in the class, many of whom are founders and CEOs themselves. I’m excited to be part of the learning community as a student, and I am eager to see what we will create together. I hope you will join me in this great learning adventure. See you in class!

2019 Update: After Amin enrolled in the StartUp CEO class on NovoEd’s online learning platform back in 2014, the course was turned into a Kauffman Fellows Academy (KFA) online course.  Similarly, Brad Feld and Jason Mendelson’s highly successful Venture Deals book launched as a KFA online course early that year. Venture Deals is still offered today as a free 7-week course on the NovoEd platform through KFA and TechStars.